When it comes to sourcing fabrics sustainably, there are far too many claims made by brands that simply can’t be backed up. So how can you be sure that you’re really getting an organic product? We spoke to the Soil Association to get the low down on Organic Fashion.

What Is Organic Farming?

Organic farming is a holistic systems based approach that protects the health of people and our planet. It’s emphasis is on achieving optimum soil health in order to successfully grow not just cellulosic fibres (for fabric) but also food. It does this by prohibiting the use of GM seeds and synthetic toxic pesticides and fertilizers. Instead, an emphasis is placed on crop rotation, encouraging biodiversity and the use of natural composts and fertilisers. Overall this makes the process of growing and wearing organic fabrics better for the environment, both for the growers and the people wearing them.

What types of organic fabric exist?

Navigating the world of organic can be tricky. Luckily the Soil Association have some handy information about the practise, as well as certifications that help you identify truly organic products. According to Sarah Campson, International Development Manager at Soil Association, ‘Cotton and wool are certainly the most common organic fabrics, but a wide range is possible. As long as the fabrics come from an agricultural origin, they can be certified as organic. For example; hemp, linen and silk can be certified organic, but synthetic fabrics can’t be.’ 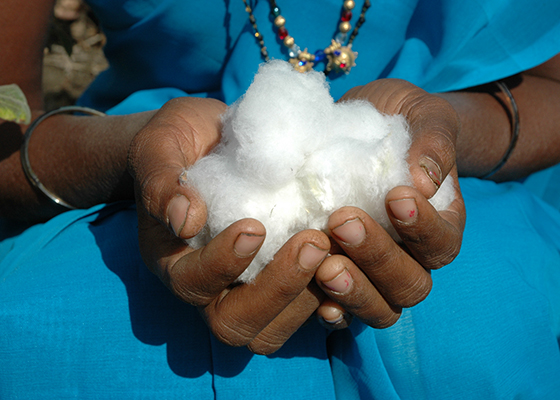 Whats the difference between organic cotton and 100% cotton?

Cotton that is not certified organic (see certifications below) is classed as conventional cotton. When brands label an item as 100% cotton, this merely refers to the fabric content and not to the process by which it is grown and manufactured. ‘Under the law, textile products can be sold as organic without being certified, provided that there is some truth in the claim. This can lead to a lot of greenwashing,’ Sarah told us. To be sure that what you are buying is authentically organic, look for organic certifications. Brands are proud to use certified organic products so will always make this obvious on their labelling. If you can’t see a certification, it may not be truly organic. In 2015, the Textile Exchange reported that only 0.4% of the world’s cotton production was organic. So organic cotton is not as prevalent as you may think.

What are the pros of choosing organic?

Traditional methods of farming mean that land is often sucked of it’s nutrients and much needed nitrogen by toxic pesticides fertilisers and general over use. This means that the soil is less likely to absorb and use the water it is irrigated with, making it a very thirsty process. There are also widespread health concerns about synthetic pesticides needed to farm conventional cotton. Recently Monsanto, a highly successful biotechnology company responsible for flooding the cotton market with GMO seeds was beaten in court by cancer patients claiming to have been poisoned by its chemical pesticide Roundup. The world is waking up to the devastating effects of a non natural approach to farming, organic is the answer.

The good news is that the use of genetically modified seeds is prohibited under organic standards. Therefore, synthetic and toxic pesticides are not needed (it is thought that many companies supplying GMO seeds to farmers programme them to only respond to their own brand of pesticide. This means that farmers are forced to use potentially toxic and carcinogenic chemicals to propogate their crops. As was the case with Monsanto and it’s Roundup pesticide.) The Textile Exchange reports that organic farming has shown 46% reduced global warming potential due to the fact that nitrogen is kept in the soil and less water is used to grow crops. It estimates that in order to produce an average size cotton t-shirt, 1,982 gallons of water is saved through organic farming methods.

This is considered the gold standard in organic certification as it ensures the fabric from the field, right through the factories. This means that not only is the cotton fibre itself organic, but the spinning, weaving, dyeing and making have also been deemed responsible. No harmful toxic chemicals have been used, and workers have experienced fair treatment and wages. 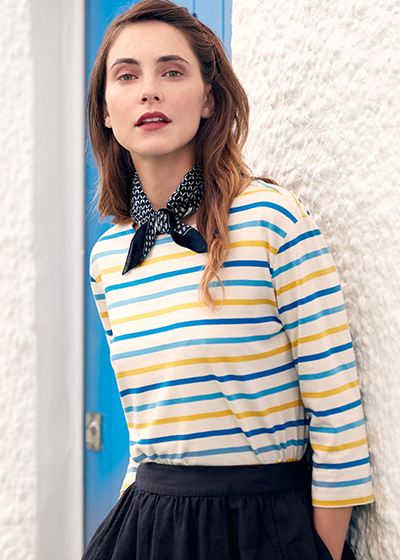 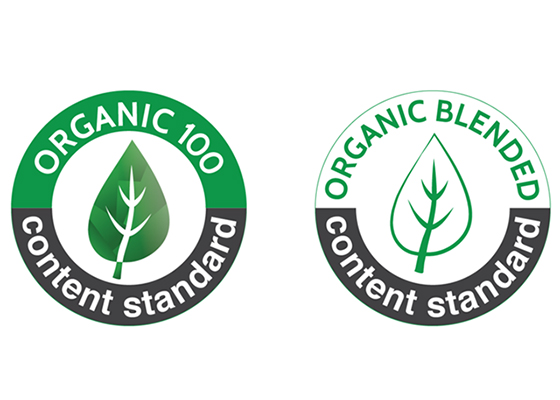 The goal of OCS is to ensure trust in the organic content claims. It is a voluntary standard, that is enforced by independent bodies who assure the entire product is organic. The OCS 100 logo means that the product contains 95% or more organic material. OCS Blended is used for products containing a minimum of 5% organic material mixed with non organic natural or synthetic fibres. Both OCS and GOTS are certified by Soil Association Certification, and the Soil Association is one of the four organisations that founded GOTS. 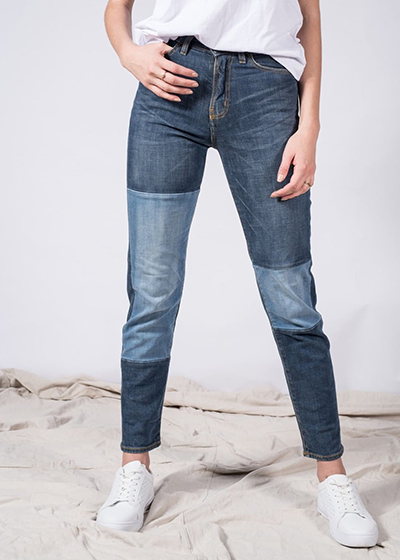 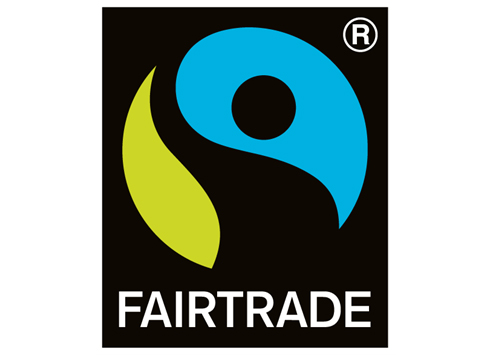 Fairtrade ensures that cotton farmers receive a premium price for their product. This money is usually used within the farming community for education, and for funding development projects. Approximately a fifth of Fairtrade cotton it produced organically. However some farmers do still use pesticides from a restricted list. 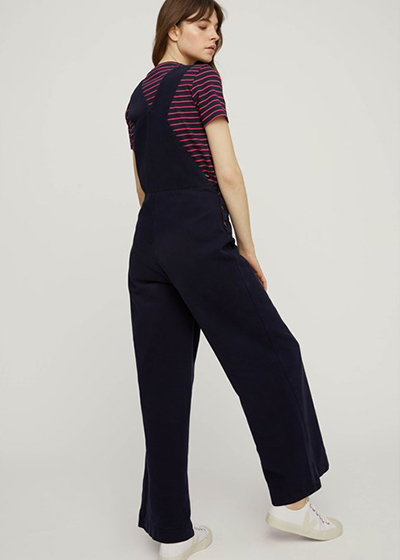 The largest cotton sustainability program in the world, the BCI is a popular choice for many brands. This is because it addresses the main concerns of non responsible cotton farming. These are; pesticide usage, water management, soil health, biodiversity enhancement and working conditions. The cotton is not organic, however you can be sure that every care has been taken when growing and harvesting the fibre. Along with a greater sense of worker empowerment. 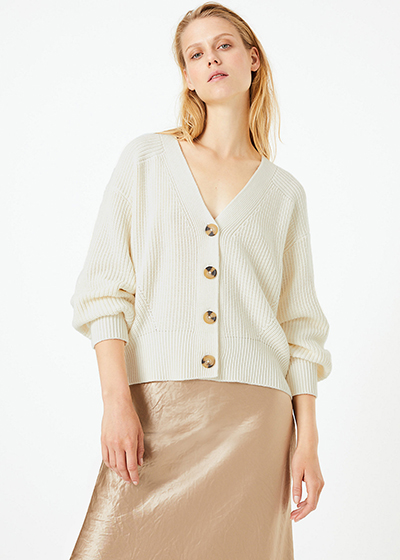 With thanks to the Soil Association 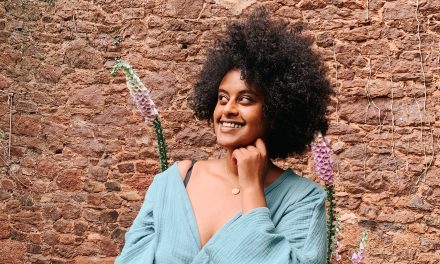 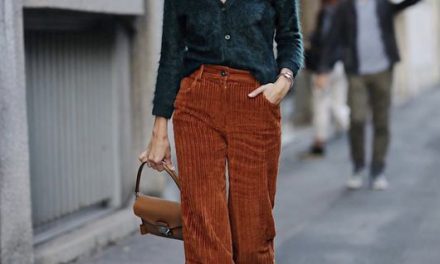 How to Wear Corduroy for Autumn 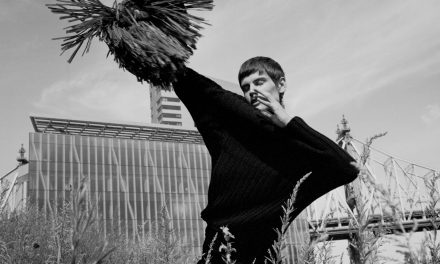 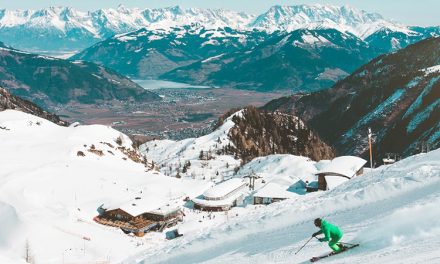