After a devastating explosion ripped through Beirut, the Lebanese capital is still rebuilding. You can help by supporting these beautiful Lebanese fashion brands.

2020 has been a tough year, but on the 4th of August we witnessed one of the most tragic events hit Lebanon. A dramatic explosion ripped through the port of Beirut, killing 202 people. The explosion was captured through incredible video footage, sending a chill down the spine of those who watched it. We all witnessed the impact of the port explosion, and social media especially saw heartwarming solidarity towards the already exhausted Lebanese population. Thankfully, at that time there was an impressive contribution to social organisations, charities and NGOs that were on the ground providing support. 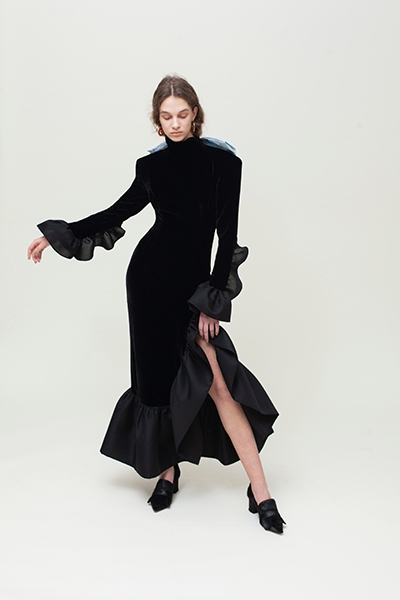 Lebanon is still dealing with the aftermath of an explosion that destroyed half of its capital and its economic heart. All of this amidst a pandemic and under a corrupt government, it’s people are champions. The dust may have settled, but rebuilding the country’s economy goes on. Supporting Beirut’s economy while celebrating its incredible creativity and art is a great way to invest our money. Let’s not forget well known designers such as; Zuhair Murad, Elie Saab and Reem Acra all hail from Lebanon. Each proving that impeccable artistry is what makes Lebanese designers worth investing in! Even though many of the designers mentioned suffered when their ateliers were destroyed by the explosion, they were able to rise again with impressive resilience. In the spirit of global kindness and support, we have rounded up just a few of the brands that we recommend you fall in love with. The way we spend our money can be a gesture of solidarity, a political act, something that can bring real change into someone’s life. (Image left: Sandra Mansour)

Sarah Beydouns’ showroom and workshop got off relatively lightly in the wake of the blast. Like others they felt the impact of the blast and had to repair what was damaged. Her social impact bag brand employs over 200 women, from poor backgrounds as well as imprisoned and previously imprisoned women. Pausing operations after the blast wasn’t an option as Sarah fought to keep all of her workers employed. The women carefully and painstakingly make all of Sarah’s Bags, preserving ancient artisanal skills. They also train women in their villages to help them gain employment. The bags themselves are whimsical, colourful and luxurious all at the same time. They’re certainly a conversation starter for you to help spread Sarah’s message of empowerment and employment for all. 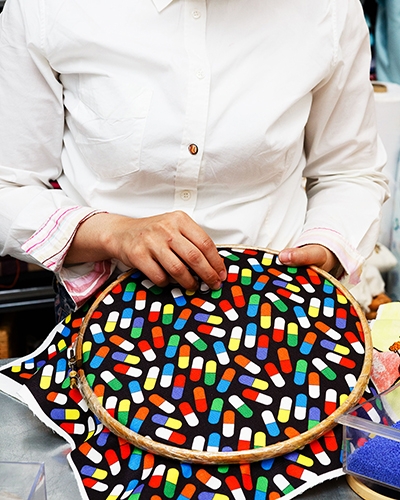 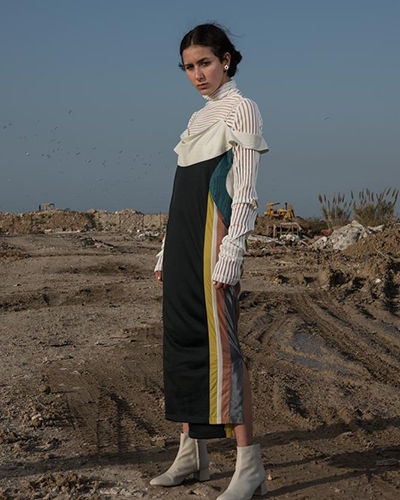 Roni Helou is a brand that combines sustainability, human and animal rights at the core of the business. From sampling to production, they take care of every single aspect of the production chain. Roni Helou combines ethical practices with fresh, contemporary and androgynous design. Materials are sourced from vintage and/or dead stock rolls, while supporting the local community by working with tailors and artisans from the country. The brand’s FW19 and SS20 collections were exhibited at London and Paris Fashion Weeks respectively and Roni was awarded the first prize of Fashion Trust Arabia’s first annual ready-to-wear competition. Featured on international platforms such as Vogue Arabia, Vogue Italia, Harper’s Bazaar Arabia, DAZED, i-D and The National UAE, the brand is proudly local.

During her years working in luxury fashion for brands such as Dolce & Gabbana and Marc Jacobs, Carolina perfected her design skills at Central Saint Martins and at Elie Saab. Throughout this time, she longed for the perfect accessory. Starting her brand selling handmade head couture in 2012, her designs revolve around a fusion of cultures that are a signature of Beirut’s history. Featuring Middle Eastern, Greek, Roman, Ottoman and Arabian feminine historical figures, Carolina’s pieces have a contemporary, modern touch. The headpieces are perfect as a wedding accessory: you can choose one of her impressive designs or ask for a customised piece. 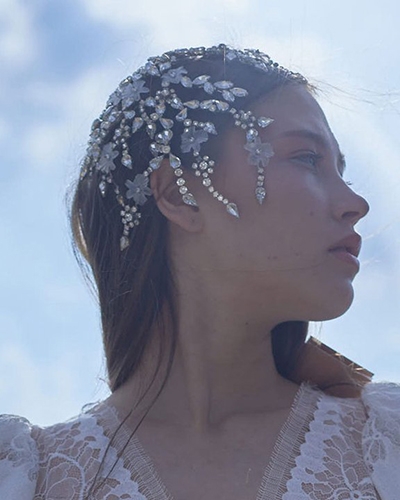 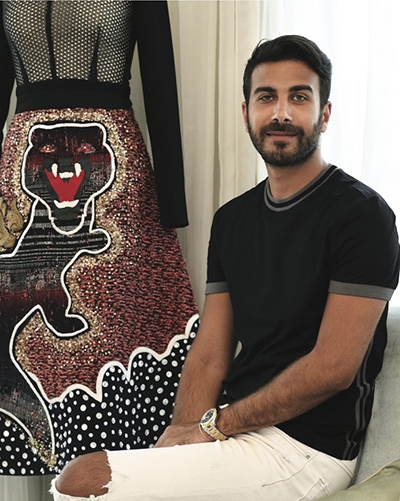 Bazaza’s AW21 collection was initially planned to launch in March 2020. Since then, they’ve been “fearing a global pandemic, fighting with inflation, mourning a beautiful city and revolting against corruption”. All of this before the explosion that blew up their atelier. The brand has pushed back, and continued to work through the destruction. Despite all the struggles that a brand in such a context would face, they pledged to donate the profits of all orders purchased until October 2020 from their ARCHIVES PROJECT VOL.1 to the Children’s Cancer Center of Lebanon. The Centre, heavily damaged in the blast, needs to be rebuilt. Forgetting their admirable social impact work, Bazaza’s design aesthetic is also impressive. At only 23 years of age, Hussein Bazaza opened his first showroom and atelier in Beirut. Only two years later, he received the Elle Style Award of “Best Upcoming Middle East Designer” in December 2013. More recently, Hussein Bazaza was listed on Forbes Middle East’s ARAB 30 UNDER 30 List.

Andrea Wazen is the footwear designer bringing 90s chic and impeccable manufacturing together. Both her store and offices in the Beirut Central District were completely destroyed by the explosion. It was only by chance that Wazen herself was not in her store the day of the blast. Despite the initial shock, the designer is already planning on how to rebuild in her hometown. Her shoes have been spotted on celebrities such as Sienna Miller, Emily Ratajkowski, Scarlett Johansson, Hailey Bieber and many more. Trained at Christian Louboutin, Andrea Wazen presents high-quality shoes handmade in Beirut with feminine signature style and a lot of admirable perseverance. 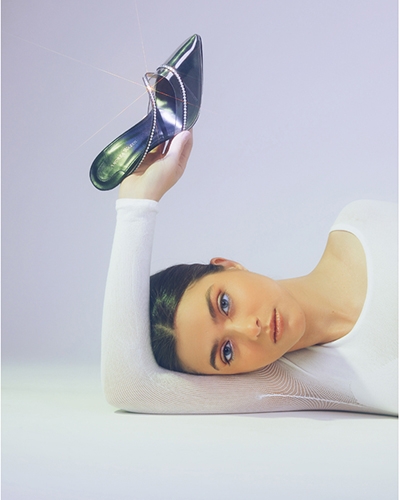 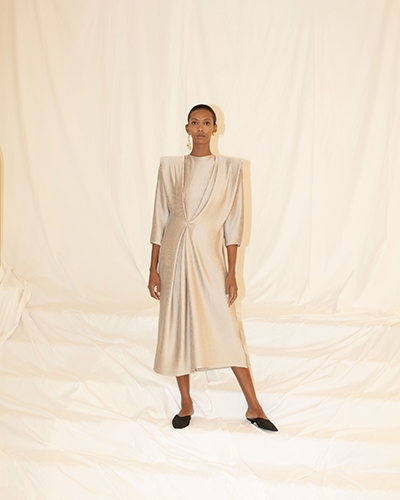 Sandra Mansour has created a powerful fashion house known for its blending of couture and ready-to-wear, as well as bespoke bridal wear. Established in the heart of Beirut in 2010, she’s the first Arab designer to have a capsule collection at H&M. Mansour’s Beirut home was completely destroyed by the explosion, but to use her own words, “beauty creates hope”. A businesswoman who is a self-proclaimed obsessive when it comes to her products packaging – she does all she can to protect her garments from the desert’s dust. Despite the explosion many of her dresses remained intact. However her atelier needs a lot of rebuilding.

Established in 2006 By Nadine Kanso, Bil Arabi became one of the most exciting modern jewellery brands to be proudly Arabic. By combining cultural heritage and sleek contemporary design, Nadine has created a look unique to her brand. Based in Beirut, its focus is on the understanding and appreciation of Arabic calligraphy. Nadine has a background in graphic design and typography, with an incredible knowledge of the fascinating world of Arabic writing. The word ‘Bhibbak’, or ‘I love you’, was the first phrase she immortalised in gold for what she thought would have been a one-off project. However today, her fine jewellery is appreciated all over the world, with retail partners including Harvey Nichols and Christie’s. 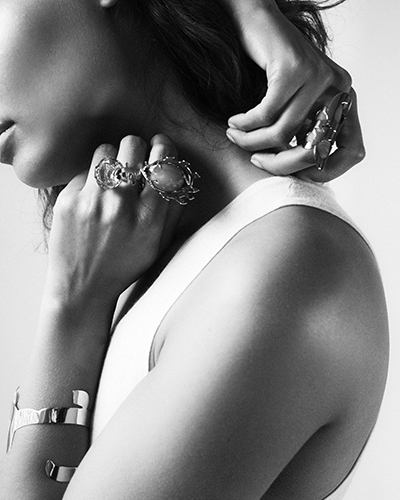 To further help Beirut, you can also support the Lebanese Food Bank, Impact Lebanon, XPatria Emergency Relief Fund for Lebanon, and the Super Fund* for Beirut.

Did This Put A Smile On Your Face? Why Not Subscribe?

If you enjoyed this then theres plenty more on our email newsletters that you'll love. Whether you're a sustainable newbie or an eco conscious pro, our bi monthly emails will inspire you to live sustainably and ethically. 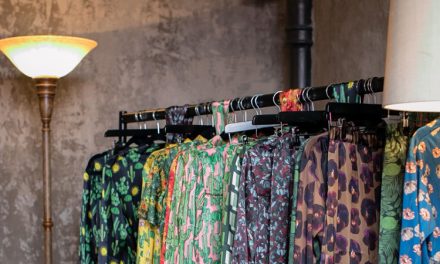 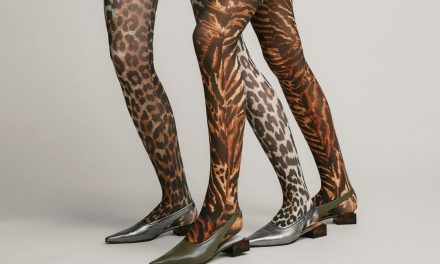 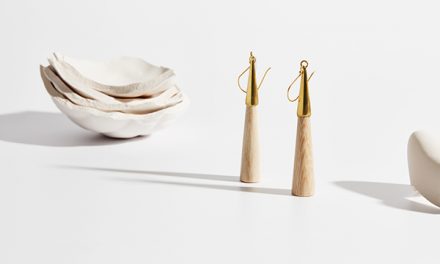