Our hectic modern lives are increasingly dominated by screens. As a digital company we know first hand how tough it can be to take a break from that addictive blue glow. So consider this your offline moment. A moment where we explore different ways to quieten your mind by taking you offline and back to real life.

Many of us are guilty of throwing our clothes away when they become tired or damaged. The idea of mending things has been lost in the excitment of fast fashion. Why waste time repairing your clothes when they are cheap and plentiful enough to buy new? However many trailblazers, including Katrina Rodabaugh, mender and author of ‘Mending Matters’ are responsible for a resurgence in mending. Much like Molly Martin, she has utilized old Japanese methods of mending, including sashiko and boro to breath new life into garments. These are ancient techniques that don’t just extend the life cycle of her clothes but also help her to meditate on her own consumption. 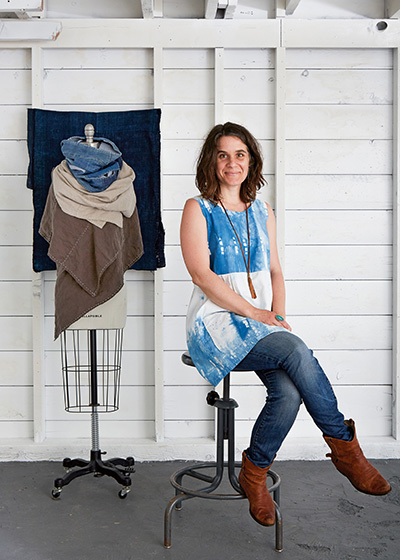 What began as an art project called ‘Make, Thrift, Mend’ in 2013 (partly a practical response to the Rana Plaza collapse), has become a movement which has seen her go from ‘radical mender’ to a leading player in the sustainable fashion movement. After swearing off fast fashion, Katrina began exploring the sewing skills she learnt from her mother, her love of natural fabrics and dyes, and her own relationship with her wardrobe. Not only that but the relationship she has with shopping and with fashion in general. In her book Mending Matters, she describes mending as coming ‘from necessity, as I tore the knees in no fewer than three pairs of jeans in the first year of Make Thrift Mend. I’m not sure I would have realised how quickly my jeans were wearing out if I hadn’t sworn off fast fashion.’ This rejection of what some would consider a basic necessity, has led to a new understanding of the meaning of self-care and mindfulness in the 21st Century.

Through her work mending damaged clothes, Katrina coined the word ‘mendfulness’. A play on the often overused term ‘mindfulness’, it refers instead to the healing power of mending our clothes. In her book she describes the term as meaning a departure from the consumer driven interpretation of mindfulness towards a more holistic exploration of fashion. ‘This shift in mindfulness is a radical reclaiming of fashion as a form of self care. Not shopping as a form of self-care but self awareness as self care.’ She continues, ‘it is also about growing a deeper understanding of how clothing is constructed.’ Through this understanding, we can then start to find a deeper connection to the things we own.

‘Through mendfulness I was not only reclaiming my wardrobe from the fast fashion industry and improving my sewing and mending skills but I was also reclaiming my relationship with fashion. I was healing a part of myself that had grown accustomed to the exhausting turnaround of the fast fashion pace that never aligned with my own environmental ethics.’ – Katrina Rodabaugh

How can you practise ‘mendfulness’?

Whilst your journey to mindfulness within your wardrobe doesn’t need to be as total as Katrina’s fast fashion ban was, there are some small steps you can take to reconnect with your clothes. 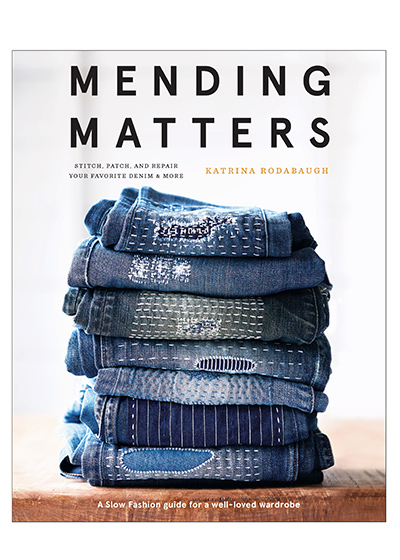 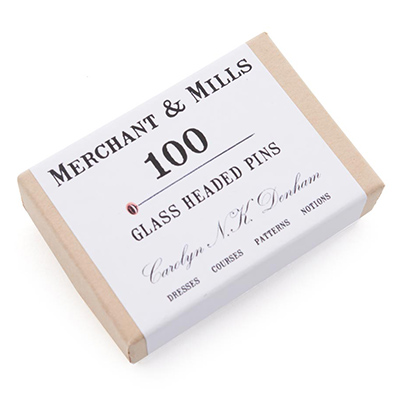 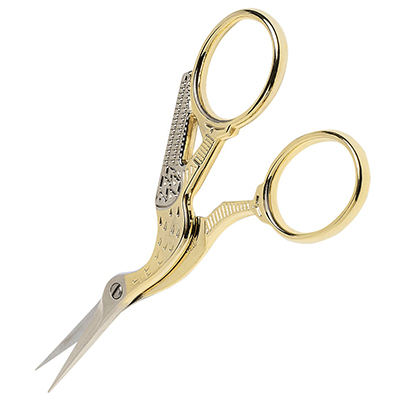 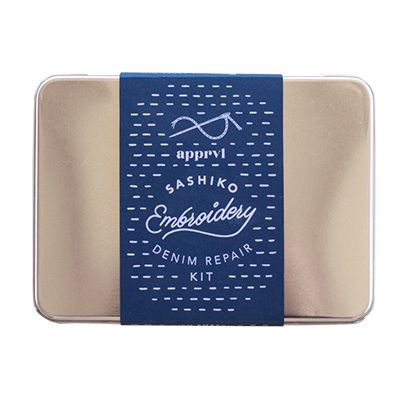 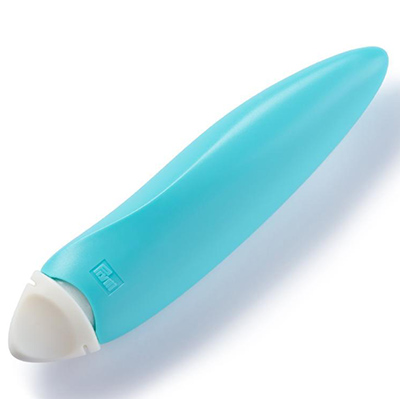 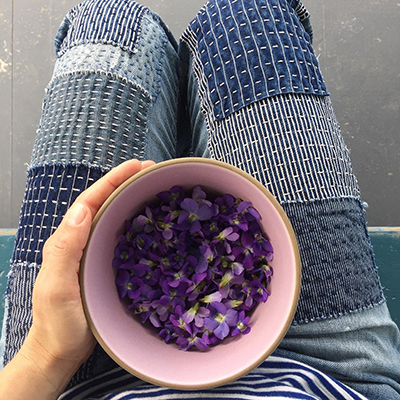 Boro – translates as ‘rags’ in Japanese. In pre industrial Japan, fabric was scarce so people had no option but to mend things when they became damaged. In her book, Katrina explains that Boro ‘evolved from the necessity to preserve even the smallest scrap of fabric, add strength and warmth though patching, and use fibres like hemp and later cotton to withstand a wide range of weather conditions, including very cold winters.’

Sashiko – translates as ‘little stabs’ in Japanese. The technique combines mending with quilting, as a panel of fabric is used to reinforce the damaged area from behind. An elegantly simple running stitch is then used to hold the fabric in place. The result it a patched hole that is also reinforced. Makers like Molly Martin often use contrasting fabrics to make a feature of the repair. 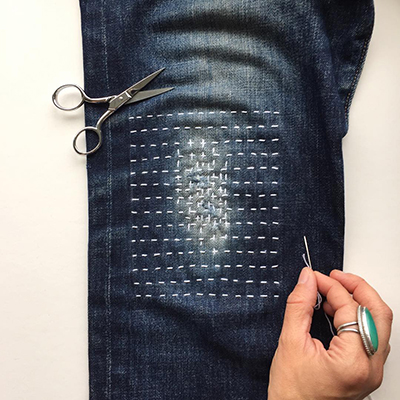 This piece was possible due to the help of Katrina Rodabaugh and Abrams Books, who kindly sent us a copy of Mending Matters to review for this piece. 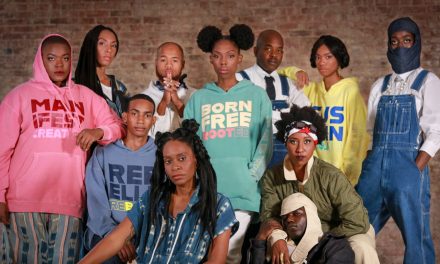 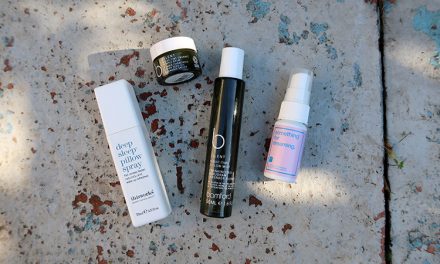 The Art of Sleeping Well 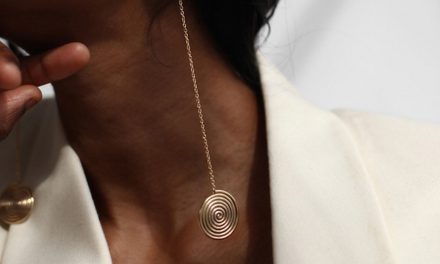 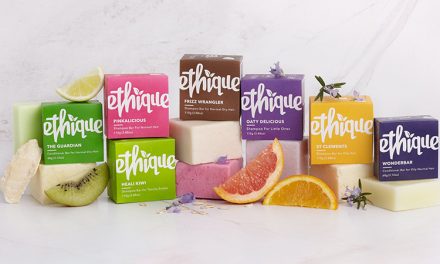